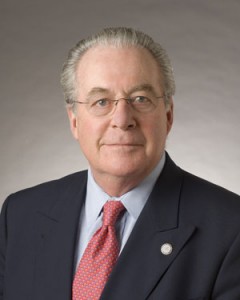 Prior to founding Mullaney & Associates in 1994 (forerunner to Mullaney, Keating & Wright) he was Executive Vice President of Shawmut Banks (CT and MA) and Business Line Manager for Investment Services (investment management and related fiduciary services for $12+ billion in personal, endowment and employee benefit assets) and for Capital Markets (bond dealer, discount brokerage and government finance). Earlier, Tom was Vice President of The First National Bank of Chicago.

He is a graduate of Beloit College (BA), Northwestern University (MA-Economics) where he was a Woodrow Wilson Fellow, and the University of Chicago (MBA-Finance). Tom served to LT(jg) in the U.S. Navy and participated in the Cuban Missile Crisis and Operation Deepfreeze.

Active in civic organizations, Tom is past Chairman of Riverfront Recapture and was a director of St. Francis Hospital and Medical Center.  Tom is the past president of The 1892 Club. He is a former Chairman of Capitol Housing Corporation and has served as a director of the Greater Hartford Chamber of Commerce, the Connecticut Development Authority, where he was vice chairman, and the Connecticut Public Expenditure Council. He chairs  the investment committee of the American School for the Deaf. He is a Fellow of the American Leadership Forum.

Tom and his wife Mary live in West Hartford. They have two adult children.